Will remote work ever become mainstream?

For the past five years of my professional career, I’ve been blessed to work remotely from my home. First, as an SEO freelancer, then as an employee, and currently, as a content marketing consultant.

Working remotely has meant I’ve been able to work from the comfort of my home (or a coffee shop, whenever I’m tired of seeing the same wall every day) without having to suffer the problems of commuting.

The benefits I’ve gotten have gone beyond avoiding commuting, however. I’ve saved time and money, lowered my stress, and increased my work satisfaction.

This made wonder why there aren’t more companies that adopt remote work as their standard working procedure, which has led me to ask myself, will remote work ever become mainstream? And, most importantly, does it work as well as I think it does?

After doing some research, here’s what I found.

How employees feel about remote work

Before I start, let me be clear about something: I don’t think most employees want to leave their homes and travel the world, like the so-called “digital nomads” do. Rather, I think most people wish to have a more flexible work time, dividing their time between the office and their homes — or maybe a coffee shop, a library, or a coworking space.

According to a survey done in 2015 by technology staffing firm Modis, the ability to work with flexible hours and location has become one of the most important perk employees requests. This demand has led to an increased adoption of it as a standard (albeit highly negotiated) perk.

The new interest employees have shown for a remote working arrangement explains why a survey done last year by Gallup found an increase in the people who spend at least 80 percent of their work time remotely.

Despite the increasing adoption, remote work has been taken as a part-time work arrangement; a way to complement a work schedule rather than a new way of working. Last year, the Society of Human Resource Management showed 77 percent of organizations don’t let people work from home on a full-time basis.

Remote work seems like a controversial topic: employees feel the most engaged when working remotely (even if it’s done on a part-time basis), yet employers don’t accept it wholeheartedly.

If remote work is as effective as it seems to incentivize employees, will that mean it will become the mainstream way of doing business, or is it just a fad that will prove to be ineffective?

How companies have succeeded with remote work

Remote work isn’t a novel concept taken from the streets of the Silicon Valley; most large corporations from many industries, sizes, and locations have adopted it. This includes organizations like Wells Fargo, Amazon, and the US Department of Agriculture, all of which have adopted remote work policies that let employees work at least a portion of their work week from their home.

There are many more smaller companies have embraced a remote-first strategy, where working from home is the default (this list shows at least 600 companies that fit this description).

Companies like Automattic, Buffer, and Toptal have hundreds of employees each and have been completely remote since their inception, showing that it’s possible to succeed without having every employee working from an office.

The case of Automattic is emblematic, as last year they had to close their San Francisco offices because few of their +50 local employees ever showed up. 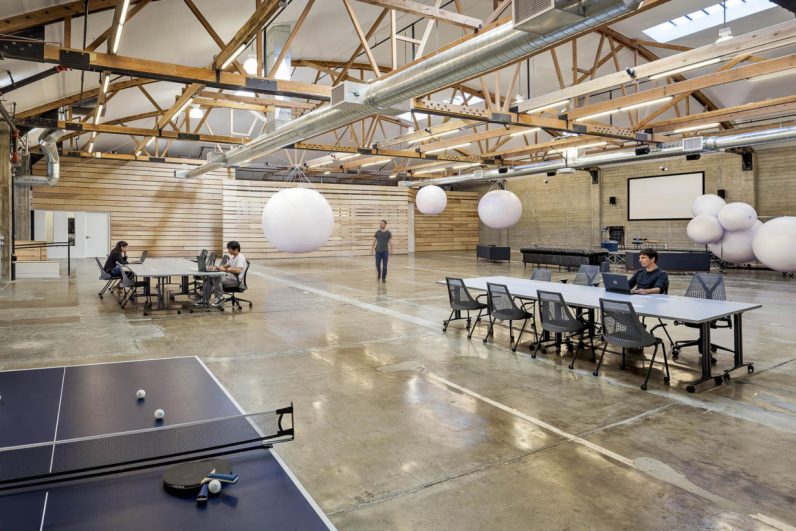 Credit: AutomatticThe almost empty offices of Automattic before their closure.

The three companies I mentioned before, have been able to grow immensely. Autommatic, for example, has more than 680 employees; Buffer made over $15 million in revenue last year, and Toptal has been able to attract top clients like J.P. Morgan, Airbnb, and Pfizer, all through remote work.

Clearly, remote work can work fine, if done properly. However, it seems as its adoption has been focused mostly on one industry.

Remote work and the tech industry

One of the main complaints I’ve heard of people against remote work is that it can only work for tech-related jobs. It’s hard to discuss such a statement; if you look at the most popular remote work job posting sites, like WeWorkRemotely and RemoteOK, you will find the majority of the job opportunities are tech-related.

Another look at Indeed, the most popular online job posting site, shows that job listings with the keyword “remote” or “telecommuting” in them only represent less than two percent of the total listings. Even though the listings found in Indeed aren’t as tech-related as the ones found in the previously mentioned sites, remote work seems to be a perk that isn’t as standard as 401(k) matching or health insurance.

The focus of remote work on the tech industry puts the whole idea in a parenthesis; the tech industry represents 12 percent and two percent of the American and European workforce, respectively. Its impact on the overall economy hasn’t seemed to catch up as fast as one would have expected.

Despite its rather industry-specific focus, the adoption of remote work could be similar to other currently accepted job practices. For example, when Henry Ford increased his employees’ wages to $5 a day, his policy shook the industry. Eventually, more businesses started to increase their own employees’ salaries, as they wanted to reap the same benefits Ford found from his own initiative (namely, an increase in demand for their products and a happier, more productive workforce).

Even if remote work is just starting to become a mainstream work arrangement, it already has faced some big challenges.

How remote work got its reality check

Last year, IBM let 2,000 of their American workers (around two percent of the total employees base) know they could no longer work from home and had to commute back to their offices.

Other companies went through similar situations, including Yahoo, which requested their 12,000 remote workers to return of their offices in 2013, Bank of America, which did the same in 2014, and even Reddit, the popular social media site.

Does this mean that remote work isn’t as good as some make it to be?

There’s no denial that remote work can hurt one-on-one collaboration and reduce accountability. Some people need to be looked upon, but to extrapolate that to every employee would be like going back to the era of Taylorism, when employees acted more like cogs in a machine than thinking human beings (Charles Chaplin illustrated the perils of that era in his classic movie Modern Times).

With the existence of apps like Slack (an enterprise chat application), Zoom (a video conference tool), and Trello (a simple project management tool), working remotely is a matter of implementing the right processes with the right tools.

Also, some of the companies that cut their remote work arrangement were going through many financial, operational, and management issues. Yahoo, for example, took the decision shortly after Marissa Mayer took the reigns of the companies. After the rather shameful selling to Verizon for $4.4 billion dollars — a tiny piece of the $100 billion they were worth once — we can imagine the deep changes she made (including the one mentioned before) weren’t effective.

Maybe the elimination of remote work has hurt those companies more than help them increase the “hallway and cafeteria discussions […] and impromptu team meetings,” as Marissa Mayer put it in the memo she sent when announcing the end of the remote working perk.

Still, what these cases show is that remote work can backfire if not treated properly. Companies who adopt remote work need to understand why they do it, what parts of their companies will work remotely, where remote work fits into their company culture, and how much they will allow.

What’s more, they need to be aware of the technological barriers and plan ahead.

Will remote work ever become popular?

All the benefits and challenges mentioned above raise one important question: will remote work ever become a popular and standard work arrangement?

To start, I think one of the problems that’s stopping remote work to become even more popular is the generational gap between millennials — the main audience that asks for remote work — and the older generations, which in most cases run the companies that employ the millennials and who are less open to this idea.

There’s the possibility that once the millennials become the main demographic cohort in the workforce, they will openly adopt remote work.

Another issue is the psychological barrier that come with accepting remote work as a valid working procedure. It’s hard to go against something so obvious as an in-person working culture which has been taken for granted for so long.

When back in the late 19th century and early 20th companies adopted more worker-friendly perks (like labor unions, the 5-day workweek, and the 8-hour workday), they had to do more with humanitarian reasons that came from the “Rights of Man” than from a “nice-to-have” arrangement like remote work is.

As more companies start to accept and get positive results from remote work, it will become a practice easier to adopt.

In the end, remote work will make more companies “take the leap,” until we hit the critical mass that will make it a standard working culture.

While we wait for that, I’ll continue to work from the comfort of my home.

Read next: ZenMate keeps you and your info protected and free online… and now, it’s just $49.99 for life

How to Successfully Work from Home: 7 Tips

Videoconferencing With a Full House During COVID-19

4 Tips to Prepare You for a Business Conference

Careers and parenthood: How to combine both in 2022