Jeremy Orozco left his job as a firefighter and Sondra Orozco works for Upwork. Follow this newly married couple as they transition into life on the road as Digital Nomads.

Would you hire remote managers to be responsible for complex collaborations within your company? Some are skeptical of this possibility, but as a very busy product manager for Elance-oDesk, Sondra is making it work. In their latest update from the road — Egypt, to be exact — Jeremy asks tough questions from the perspective of remote management’s biggest critics, like PayPal co-founder Peter Thiel.

Jeremy: What do you actually do remote? Take me through your typical week.

Sondra: As a product manager at Elance-oDesk, I’m responsible for part of the oDesk website and I manage the development of that area. I figure out what our users need and work with a team of engineers to get it built.

In a week, I spend half of my time doing research and writing feature requirements, and the other half communicating with coworkers to get things done — from pitching features to executives, to working with our Design and Engineering teams, to checking in with Marketing and Operations to manage feature launches.

Jeremy: That doesn’t answer the question on everyone’s mind, though. Your job is complex collaboration and you are completely remote… How does it work? Give us the gritty details on how work can be accomplished when you don’t have the ability to just lean over and ask one of your engineers a question. How do you tap someone on the shoulder from a thousand miles away? 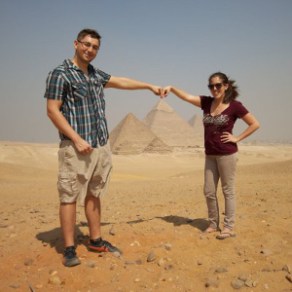 Sondra: Do you want to be interrupted? In his blog, Andrew Bosworth, a VP at Facebook, describes how engineers just shouted across the room to each other when Facebook was small. But as the company grew, interruptions had to die, in order to “defend [their] productivity.” While his post is about saying “no,” sometimes it’s easier if you don’t need to.

I work daily with 15 engineers. If we were sitting in the same room, how much time would I waste if I literally walked over to each one whenever I had a question? Now factor in the other departments I work with — there are at least 30 individuals who I need to check in with regularly, often daily, to get my job done. Interrupting each other at random moments with a tap on the shoulder — or a shout across the room — would only slow us all down.

Being in the same room as your team isn’t the key to success. To be an effective remote manager, strong communication skills are the most critical. You asked for the gritty details — how I make it work from halfway around the world — check out the list at the end of this post for my ninja tricks.

Jeremy: There are some very smart people who believe that remote work, doesn’t work. Peter Thiel, for example, doesn’t believe in the way you work. In his New York Times best selling book, Zero to One, he says, “Even working remotely should be avoided, because misalignment can creep in whenever colleagues aren’t together full-time, in the same place, every day”. What’s your response to that?

Sondra: Yet, a few pages later in the book Thiel contradicts himself when he describes how the CEO of his own company, Palantir, works “25 days a month on the road, meeting with clients.” The most important person in this multi-billion-dollar company is not physically in the building 83.33 percent of the time — he’s running the company from the road. By definition, that’s remote work.

Jeremy: By that definition, fires are managed remotely. Some of the best chiefs don’t even look at the building on fire, because having a single perspective on a rapidly changing environment is deadly. Chiefs use 19th century technology — a radio — to monitor six sides of a building, plus the fire conditions within. The deteriorating roof of a structure may as well be on a different planet if you can’t see it or effectively communicate with someone who can. When communication stops, firefighters die.

Sondra: So do companies. Thiel’s point about misalignment is more about an inability to communicate than about where team members are located. If firefighters can use single-channel radio to communicate from different locations on a fire, technology teams who use email, instant chat, and video calls should be able to communicate effectively no matter where they are. (Again, see ninja tricks.)

Jeremy: But wouldn’t you prefer to work at one of the big Silicon Valley companies where you can ride a Segway to your next meeting (past the dinosaur skeleton and volleyball courts) while drinking free organic soy lattes? Companies are paying millions to recruit people like you. Why not take the bait?

Sondra: You could buy me a mansion in the desert, but that’s not where I want to be (unless it’s to see pyramids and camels!). The opportunity to live where I want, whether it’s on the beach in Bali or in my small hometown, is the biggest perk a company can provide. Companies that refuse remote work don’t have access to me, or the talent outside of their small and competitive bubble.

Jeremy: One year ago, working in the office, were you more valuable to the company?

Sondra: No, definitely not. Being remote, I need to take all the best practices of management and bump them up a few notches. I have gotten better at my job as a result. I’m also happier with my job and more loyal to my employer!

This is the future of work. As an employee or freelancer it’s possible to have a challenging, growing career while living life to the fullest, and as a company it’s possible to hire the best no matter where they happen to be in the world and reap the benefits of their job contentment, dedication, and increased productivity.

How I stay super effective by avoiding the worst practices of co-located teams (like interruptions) and virtually mimicking the best ones.

Need backlinks? Publish your articles on RemotePro
Learn More
This is default text for notification bar
Learn more
%d bloggers like this: